It's the getting there!

We decided to leave for southern California late in the evening to allow the little grandkids to sleep most of the way there.  Everytime we have done this, we tell ourselves we will never do it again. Going without sleep for 30 plus hours is truely a pain!  But between 4 drivers, we made it safely and in time to our destination in Oceanside.  Seeing the ocean again was a dream come true.  It has been 5 months. 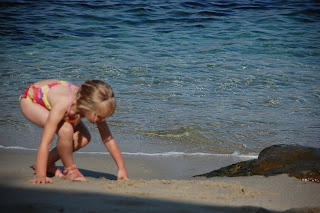 Too early to check in, we decided to have breakfast at Denny's, just outside the gates of Camp Pendleton, the Marine Corps historic training base. After choosing the most inexpensive menu items, we enjoyed a nice, though noisy meal.  It was quite busy on a Saturday morning.  But everyone was happy in the sunny, warm, Late October Southern California weather. 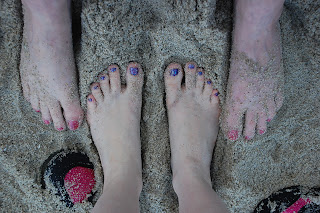 Honestly, I feel like I was the only one who wanted to go to the beach as soon as we could. I sometimes think I am an outsider with my wishes. But, due to arriving early and having no where else to go, the beach it was.  And what an awesome location. A 15 minute walk from the Worldmark by Wyndham condos, under the railroad tracks, past the marina and shops with all kinds of really cool clothes and trinkets.  Getting there was as simple as I have ever experienced it.  And I was not disappointed.  Here, about a mile north of the Oceanside pier, people were enjoying the cold Pacific water, either by wading, or mainly surfing.  The waves were perfect for it too.  My single son walked around in his bare feet talking to his girlfriend on his cell phone. My pregnant daughter and her husband watched and played with their little girls, running from each wave as it washed up on the beach. My oldest daughter still at home had my Nikon D40 DSLR camera and was snapping away at all the photo opportunities everywhere.  Barbi and I enjoyed watching it all and savoring every minute.  No stress.  No worries! 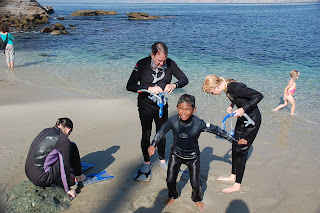 In the week we spent, we visited Seaworld twice, getting soaked to the bone by Shamu and his friends and enjoying all the park has to offer.  Went Trick-o-Treating in one of the neighborhoods Halloween night after Seaworld.  Attended a local church and were humbled and thankful for the kindness of the members, who, after finding out we were in need of a portacrib and high chair for our littlest grand baby, found a willing lady who let us borrow hers for the week.  Miracles and kindness are still found where ever you are in the world.  I Believe!  We also went snorkeling in La Jolla cove, which though the water was frigid, I think was a highlight.  It was amazing to swim out in the cove and near the sea lions which are so numerous there.  They were not afraid of us, but watched with curiosity as we hovered in the water with our black wetsuits, mask, and snorkel. They made lots of noise, swam under and around us.  I took my waterproof camera, but the water was still a little too murkey to get a really good shot.  You will just have to take my word for it.  If you are planning a trip to the San Diego area, I highly recommend some time in La Jolla Cove. The week after Halloween, it was not too busy at all.  If you have money burning a hole in your pocket, La Jolla is a great place to shop at high end stores.  It is really a fun little city. 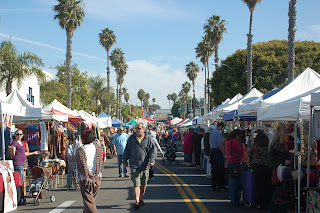 Thursday and Thursday night, it was exploring the Farmers market and Night market in old downtown Oceanside.  How fun was this!  Especially the night market, where Krista and I took lots of pictures and enjoyed the multicultural festivities.  When I say multicultural, I mean a whole lot more than just Hispanic.  There was African, European, Asian...I think I counted at least a dozen different nationalities represented in booths (Especially food) here.  Awesome! 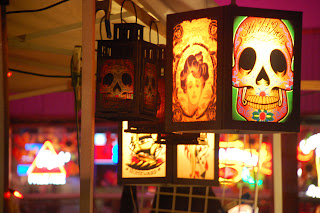 Alas, we planned on leaving Saturday morning, but when Friday turned rainy...and I mean not stopping soaking rain, we packed up and left early.  Good thing too.  Getting out of the LA Basin took an extra 2 hours.  We had planned on staying overnight in Saint George, but upon arriving at 11pm, we pushed on instead of keeping Grandma awake. Rain and Snow in the overpasses. A little trecherous, but again, getting there (Back) without incident.

It was a fun vacation with the family, cooking turkey for an early Thanksgiving for the family we would not see at the real Thanksgiving time.  But as is sometimes the case, Barbi and I needed a vacation from this vacation.  And thank goodness, we only had to wait 5 days til just the 2 of us headed off to the Caribbean on the Norwegian Epic for 7 days.  HOT DANG! 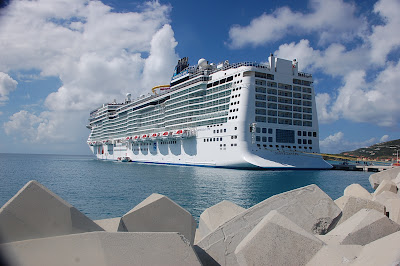 We Are Here For You
Posted by Focus On Fun Travel at 1:55 PM